Home Food and Agriculture Agroecology. The challenge of farming for the future 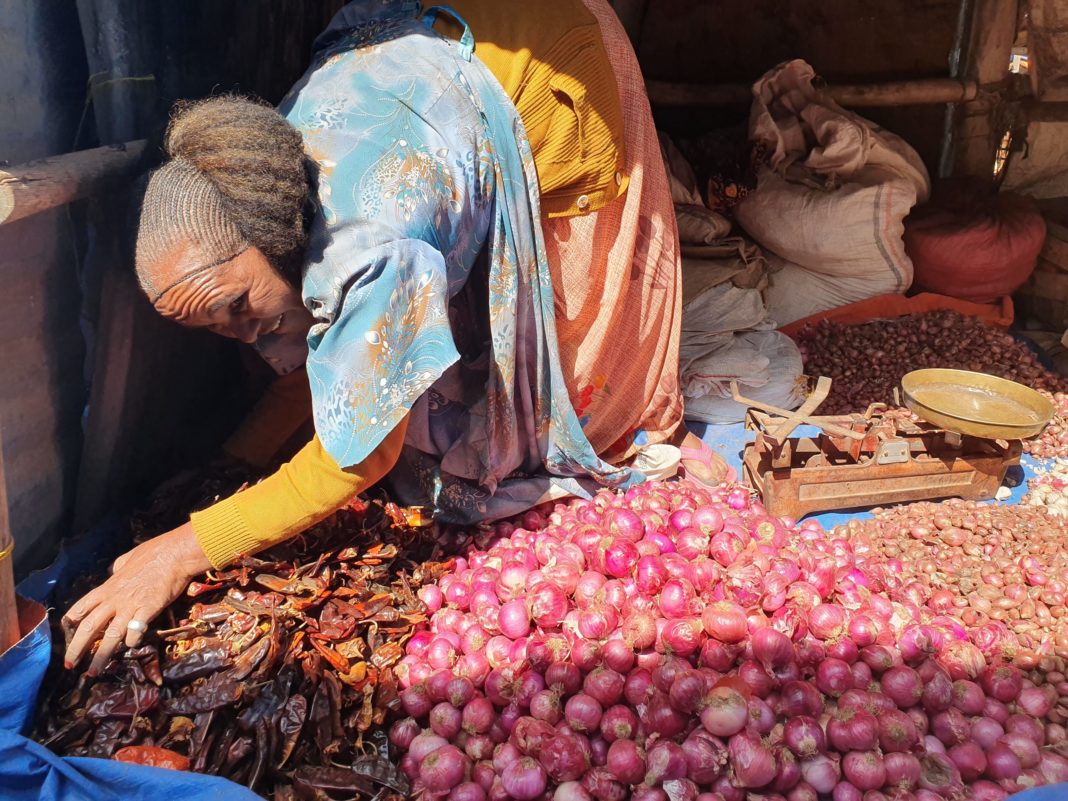 The COVID-19 outbreak has brought the world back to the essentials: health and food. Fighting the spread of the virus while ensuring access to food has proven to be a challenge in many countries. The loss of income is reducing families’ ability to feed themselves; movement restrictions and lack of labour for planting and harvesting are a strain on the chain that brings food from field to fork. Hundreds of millions of the most vulnerable people are on the brink of acute hunger, and food insecurity is likely to increase globally.

The fragility of the food chain and the role played by agriculture in the multiple, unfolding crises—including climate change, diminishing biodiversity, and nutritional crises in the forms of undernutrition and overnutrition—are not new issues. But the current emergency is adding a sense of urgency to the need of rethinking the way in which food is produced, distributed and consumed.

COVID-19 “is exacerbating a lot of weaknesses in our current food systems,” Emile Frison, member of the International Panel of Experts on Sustainable Food Systems, told Degrees of Latitude. “The vulnerability of … large industrial production systems has been clearly shown through this pandemic …,” he stressed.

What strategies exist to build food systems that are resilient to shocks? What alternatives are there to industrial agriculture?

Agroecology is one of those models.  No longer niche, it is at the core of global and national legislations, and is increasingly being implemented on farms. Is it economically feasible? Can it feed a growing world population? What are the constraints for the transition to agroecological food systems?

That is what we are going to investigate in our series of articles devoted to the future of food.

Agroecology is not just a production technique, but a multidimensional model, with economic, environmental, social, and governance aspects.

“It’s a food system that takes into consideration and understands that it exists in a biological and ecological environment, in a cultural environment as well,” said Daniel Moss, the Executive Director of the Agroecology Fund, a pool fund of donors from Europe, Asia and United States. The fund invests resources in advocacy and support for organizations around the world that are making the change towards agroecology.

Agrecology is not “one-size-fit-all food systems but food systems that derive from local resources, from biodiversity, local markets, local cultures and habits, and [native] seed varieties,” he told Degrees of Latitude. It is a model – which can be defined by thirteen principles as outlined by the High Level Panel of Experts of the CFS, the Committee on World Food Security – where the production is not of one or two crops, but is diversified, and the chain that links farmers with consumers is short. Industrial agriculture, instead, is based on inputs—like seeds—purchased by external suppliers, on pesticides and fertilizers, on large-scale and export-oriented monoculture in a long food chain.

The idea behind the Agroecology Fund is, in fact, “to fortify local-based food systems,” food systems rooted in the culture and nutritional needs of people living in the area where food is produced. That’s why an important complement to agroecology is food sovereignty. “It means the ability of communities to decide on the shape of their food system, the kinds of food they eat and what they prefer to eat, in ways that support local farmers,” Moss said.

According to Moss, the consequences of industrial agriculture are “dire,” leading to environmental degradation, contamination of water and ecological crises, as well as the shut-down of smallholder farms. It is also seen as a major driver for the development of diseases, including pandemics like COVID-19:  “The extension of industrial agriculture into nature by deforestation and bringing agriculture closer to wild animals [is] exposing us to their pathogens. There have been several examples in the last couple of decades, COVID-19 is just one of them,” Frison said. It happened in China, with swine ‘flu that correlated with the very intensive animal production system.

Agroecology means re-diversifying agriculture in terms of production and consumption. “Moving away from an industrial model of agriculture makes it more difficult for an epidemic to become a real pandemic…because the diversity and lower density that we have in agroecological systems do not provide conditions for the rapid expansion of diseases,” Frison added. The better quality of nutrition resulting from a more diverse diet is also crucial in strengthening the immune system and preventing the spread of non-communicable diseases, which are major risk factors, for instance in patients with COVID-19. 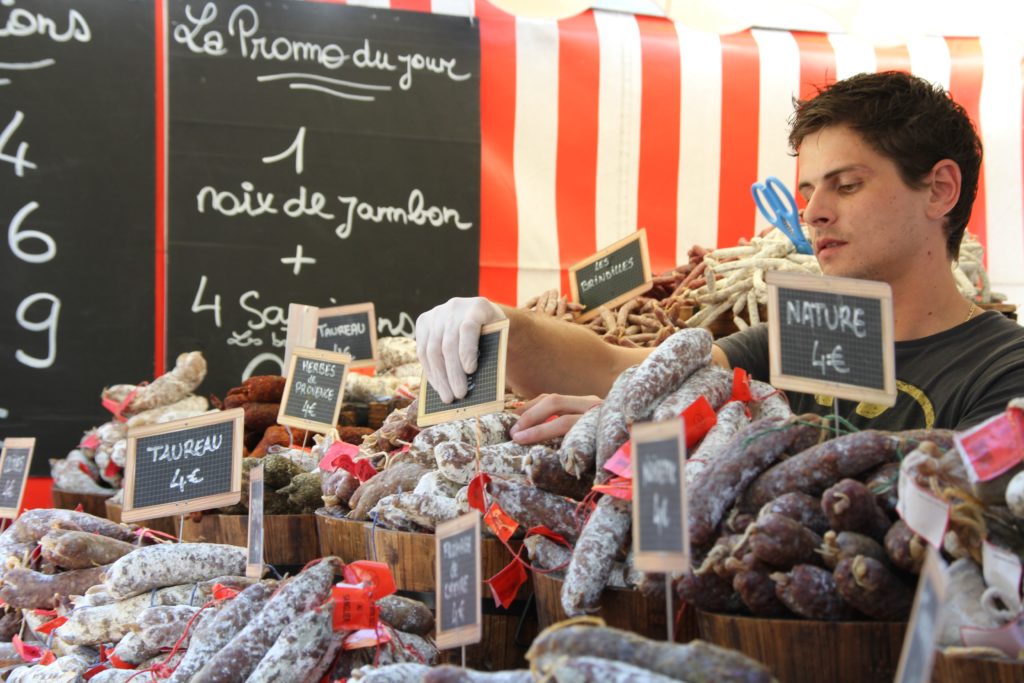 From field to fork, industrial agriculture is organized around commodities that are exchanged across continents: “The increased dependency on long food chains, and long value chains in general, is exposing us to difficulties when you come across such a crisis situation as the one we are living now. The need for re-localisation of production systems, including our food systems, is important“, Frison said.

During the COVID-19 crisis, according to Moss, farmers’ organizations, supported by the Agroecology Fund, have been able to provide a lot of innovations to overcome the bottlenecks generated by the lockdowns, thus proving the resilience capacity of short chains.

“Agroecology is something that requires a lot of local solutions and local creativity in terms of moving the food from the production source to the consumers’,’ Moss said. In the Philippines, as well as in Brazil, farmers’ networks addressed some acute food needs distributing food to the most vulnerable, moving relevant quantities of food quite quickly and showing that the food is “available locally and that’s the food which people can count on”.

Where commercial food chains have been disrupted, “more people have been going directly to the farms that are locally producing a diversity of food through agro-ecological means,” Frison stressed. It is crucial, according to Moss, to rely on “the expertise of producers that may be working in cooperatives or some kind of associations to aggregate the supply of food.”

Supporting short chains and the transition toward an agroecological are political choices requiring public investments, funding for research, infrastructure, roads, more space for farmers markets and a legal environment to regulate the exchange of seeds, access to land, subsidies.  What is promising is the global recognition of the need for a transformation of food systems, as remarked in recent reports, analysis and conversations, including at the Food and Agriculture Organization of the United Nations and at the CFS.

“What we are seeing in COVID-19 is the kind of challenges to the very globlized food system that we have in place right now. … It is a real wake up call to a lot of people that are very concerned about their food supply in times of crisis”, Moss said. “We see a real opportunity for agroecology to strengthen”.

However, the “business-as-usual” temptation is around the corner:  “Vested interests” are calling on governments to invest in rescuing companies “… using the same kind of messages: We need to feed tens of thousands of people and therefore we need more pesticides, fertilizers and large scale monoculture, etc. That will not go away,” Frison said.

More in the next chapters:

Follow Degrees of Latitude for updates on innovative approches to agriculture.