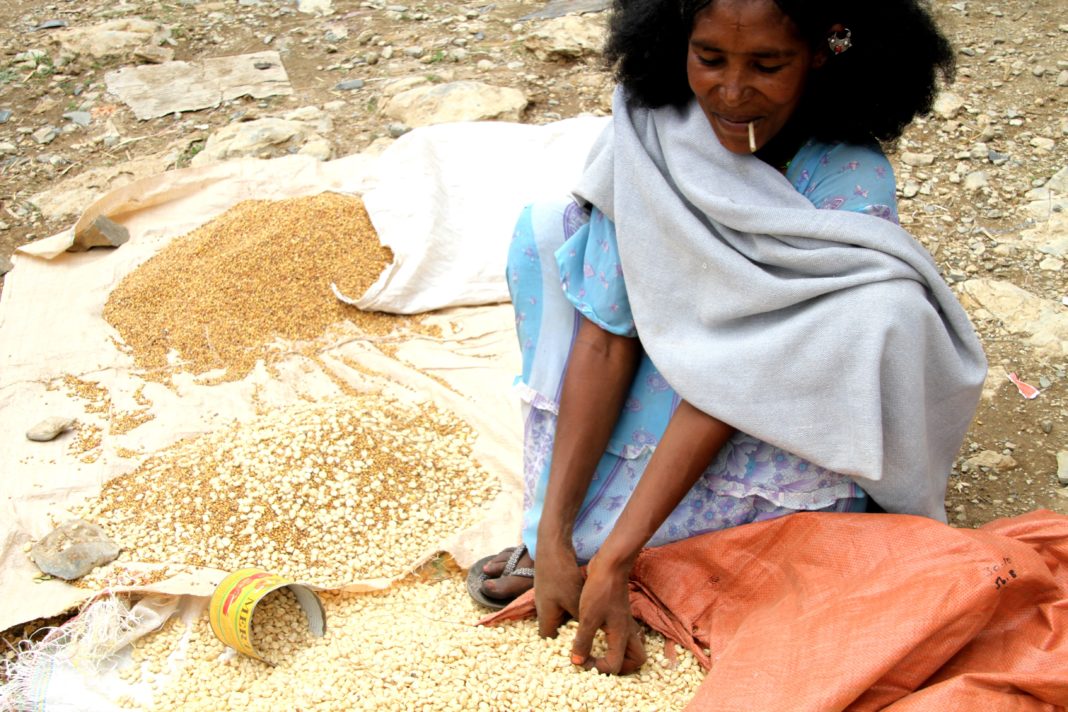 Cassava comes from South America, but it is feeding Africa. It is a major caloric source for 500 million people. The potato is native of the Andean regions but it has long been key in the diet of many European countries.

Genetic resources for food and agriculture – seeds, roots, bulbs, and all propagating materials from which plants can be reproduced – have always traveled and continue to do so. They are the raw materials used by farmers, breeders, researchers and biotech industry for producing food and improving varieties.

In 2001, the Conference of the Food and Agriculture Organization of the United Nations adopted the International Treaty on Plant Genetic Resources for Food and Agriculture or ITPGRFA, a binding agreement that sets up rules and mechanisms for governing the conservation and exchange of genetic resources and sharing the benefits arising from their use.

Countries agreed to make freely accessible to all stakeholders – farmers, breeders, research centers, individuals – seeds and genetic resources of sixty-four crops, and their wild relatives, stored in public genebanks and collections through a “Multilateral System.”  The Treaty also requires Members States to take measures in order to “protect and promote farmers’ rights to save, use, exchange, sell, and obtain benefits from seeds and propagating materials”.

In March 2017, the United States joined the Treaty, nearly fifteen years after its initial approval. The United States decision followed those of Bolivia, Argentina, Chile, Guyana, and Tuvalu. Antigua and Barbuda is likely to be next to enter the Treaty that currently counts 143 members.

Why does the so-called “seed treaty” matter? Because “it is about what feeds the world,” Mario Marino, technical officer at the ITPGRFA’s secretariat, told Degrees of Latitude. It is about preserving genetic diversity, the biological basis of agriculture—it’s about food security.

However, it regulates a very sensitive issue at the crossroads of agriculture, environment, and business, and it continues to raise controversies over the effectiveness of its provisions.

The threat of genetic erosion

The ITPGRFA does not only sets rules for exchanging genetic material, but it does require countries to conserve and assess the threats to the genetic diversity of plants for food and agriculture, which is generated through natural processes, environmental pressures, and selection by farmers and breeders.

At its source, for instance, farmers cultivate hundreds of potato types that differ in size, color, and texture, are adapted to disparate soils or climates and are resistant to specific pests and diseases. When a blight destroyed the 1845-1846 potato crop in Ireland, famine spread and about one million people died: Ireland relied on the few potato varieties with no resistance to that disease. Genetic diversity is the basis for the improvement of varieties and for building resilient agricultural systems. 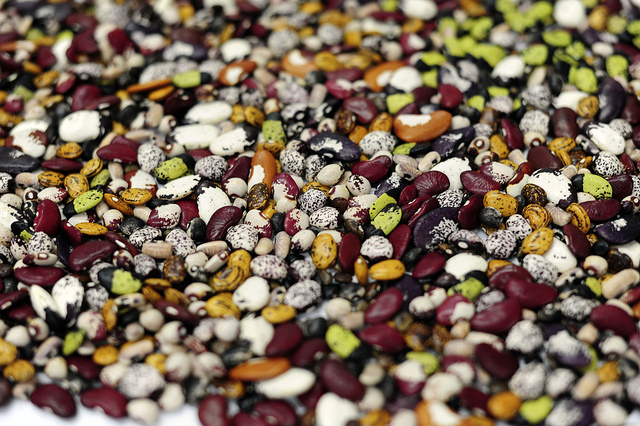 According to the Food and Agricultural Organization of the United Nations or FAO, from the beginning of twentieth century “some 75 percent of plant genetic diversity has been lost” and “more than 90 percent of crop varieties have disappeared from farmers’ fields” due to the rapid expansion of industrial agriculture, the globalization of food systems, and the marketing and replacement of local varieties by high-yield improved or exotic varieties and species. Erosion, which means the loss of individual genes or of a combination of genes, leads also to the “displacement of cultures associated with particular crops and varieties.”

In an attempt to preserve agrobiodiversity, gene banks have been established. “A growing portion of the world’s remaining heritage of plant genetic resources, in particular of the major food staples, is likely now conserved exclusively in national, regional, and/or international genebanks,” as reported by a joint Treaty and FAO study on the estimation of countries’ genetic diversity interdependence. However, farmers still hold 75 percent of agrobiodiversity of the world.

“With the Treaty, countries are [now] called to conserve their genetic material … This why it goes against genetic erosion …There is a stronger consciousness on the potential of local varieties, ancestral varieties, wild relatives, neglected or underutilized crops …  ” Marino said.

The Treaty is the answer of the international community to the need of continuing exchange the most precious seeds to produce the food we have every day on our table. 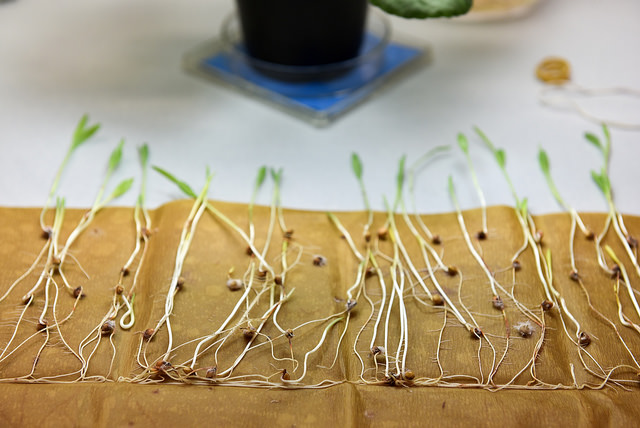 During the negotiations, which lasted almost a decade, some developed countries took positions against the creation of a multilateral system for exchanging genetic resources, Francisco Lopez, Treaty Support Officer, explained to Degrees of Latitude. But a group of experts analyzed the origin of the material used in crop improvement and showed how much countries were interdependent for their food security: “They discovered that there was an average dependency ranging from 77 to 100 percent on material originated in other regions,” he said.

Countries agreed to make accessible the genetic resources of sixty-four crops and forages, which are stored in their public genebanks, through a “Multilateral System.” The system also includes the materials conserved by international organizations like the Consultative Group for International Agricultural Research, a consortium of fifteen international research centers. Even private sector entities and local communities, can, if they want, contribute with their own germplasm.

Those sixty-four crops account for eighty percent of plants used for human consumption and include wheat, rice, potato, and maize.  “The Contracting Parties of the Treaty are working on [including new species] …. [even if] is still ongoing the discussion of the validity of the Annex I – the list of sixty-four crops n/a – because we are talking about food security, and everything that can affect food security should be included”, Marino said.

How does the Multilateral System work? Countries virtually put together seeds and genetic resources of their collections in a common basket. Following a request for access, genetic material is physically transferred according to a standard contract, the Standard Meterial Transfer Agreement (SMTA), a mandatory model that states the rules for the exchange and use of the genetic resources.

Since 2007, there have been 1.5 million crop accessions – “samples of plants, seeds, or crop varieties or populations” – have been pooled in the Multilateral System and 3.36 million exchanged.

Before the enactment of the Treaty, “every time a breeder wanted a seed [stored] in another country, I had to sit at the table and negotiate an exchange agreement,” Lopez explained. The system cuts down the costs and the time spent by breeders negotiating contracts with individual organizations, but it also ensures “transparency and traceability,” Marino stressed.

According to Marino, the Treaty can be seen as a tool against biopiracy: “With the ITPGRFA, it is possible to have a facilitated access to the plant genetic resources and the traceability of the material exchanged that reduces in a way the risk of misuses. The Treaty establishes a clear system with clear rules”, he said

Using the Multilateral System, countries with technical know-how can access developing countries’ genetic diversity, which is the result of not only natural processes but also of thousands of years of work of traditional farming systems. As the Treaty’s official documentation points out, “[they] can build on what the farmers in developing countries have accomplished in their fields.”

Since the production of the seeds implies an exchange of technology “in terms of the selection that the farmer does, in terms of breeding,” exchanging seeds means also exchanging techniques, “culture, knowledge, tradition,” Marino explained.

The Treaty created a mechanism for sharing benefits between those who have the technology and those who have the genetic resources: “The majority of the countries where potatoes are produced, Central and South America, are countries that need support. There are still farmers that use and conserve that genetic material and there is a moral obligation to recognise and support this work,” Lopez said. “The Treaty allows countries to reposess what they had,” Marino added.

Access to the Multilateral System is free. Recipients can use the genetic resources for research and improvement, can’t claim any intellectual property on the material in the form received from the Multilateral System, and have a duty to share any new developments for further research or pay a percentage of any commercial benefits arising from the use of those genetic resources.

Funds paid as a result of the Treaty are channeled into a common fund, the Benefit-Sharing Fund, established in 2008, which invests in projects supporting farmers in developing countries to conserve diversity, but also to help “farmers and breeders globally to adapt crops.” Beyond financial benefits, intangible benefits can also be shared in terms of exchange of information, technology transfer and capacity building.

However, while facilitated access and exchange of genetic resources seems to be quite effective, especially for gene banks, the benefit-sharing mechanism hasn’t been able to raise the expected amount of resources from the use of the material that is in public domain. The projects implemented so far have been mainly the result of voluntary donations.

“With regard to the mechanisms [of enforcement], we cannot say that the Treaty is perfect,” stresses Marino, “but it can improve.” Countries are evaluating strategies for incrementing the contributions, ranging from a subscription system to payments based on seed sales or license revenues.

A major reason for debate is the implications of the Treaty for farmers, which hold 75 percent of world’s agrobiodiversity. The Treaty recognizes farmers’ rights to save, use, exchange, sell, and obtain benefits from seeds and propagating materials, but some argue it does too little for the operationalization of those rights. 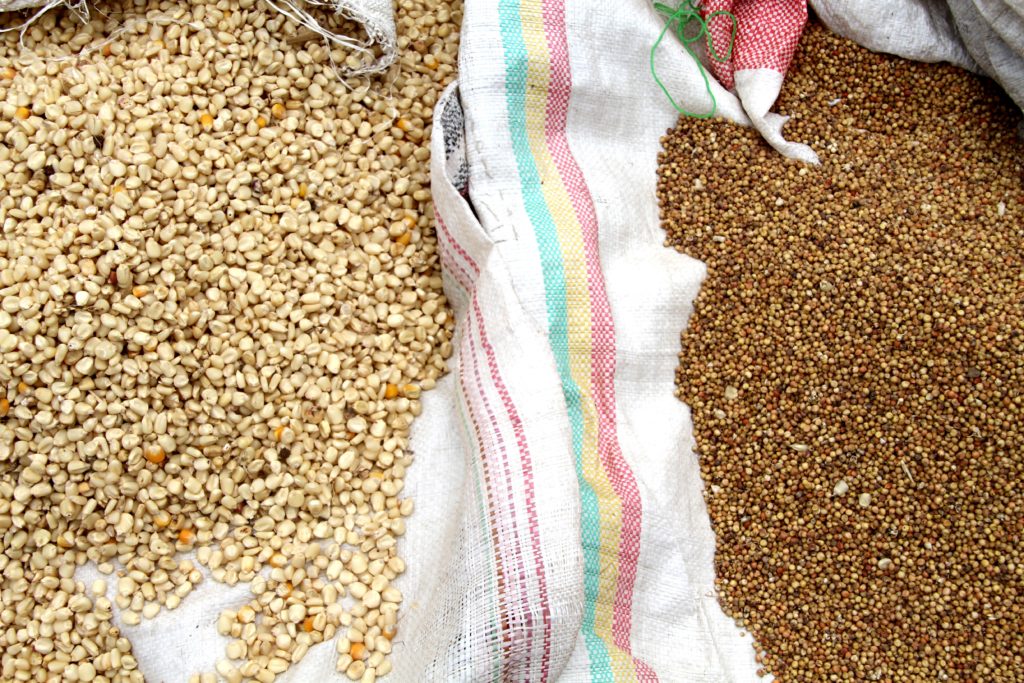 According to a joint-PhD research carried out at the University of Leuven and UCLouvain by Christine Frison titled, “Towards Redesigning the Plant Commons: a critical assessment of the Multilateral System of Access and Benefit-Sharing of the International Treaty on Plant Genetic Resources for Food and Agriculture,” the Treaty doesn’t reach its objectives “as it does not mitigate the imbalance of the rights opposing smallholder farmers and bio-agrochemical multinationals on the issue of appropriation of seeds and their traditional knowledge.”

Because of the fundamental contribution farmers have made and continue to make to the conservation and development of plant genetic diversity, the Treaty recognizes farmers’ rights, but, according to the same study, they still have limited recognition due to poor implementation of the Treaty stipulations by the member countries.  Access to the pool of genetic resources of the Multilateral System seems not to be effective for smallholder farmers as it is for researchers and breeders.

“There are many discussions ongoing on how to help countries implement farmers’ rights at the national level, on what are the dimension of those rights, about the right actions [to put in place],” Lopez said.

As our interview concluded, Lopez brought up the alternatives and why we should look toward solutions. “Is the treaty perfect? No. There have been some things that have not worked? Yes. Is it an improving process? Yes. What is a pity, is that because there are things that do not work or do not work at the level they should, there are those who say that the system doesn’t work. What’s the alternative? … To say that there are parts of the treaty that need to be improved and we have to work on that.”

Follow Degrees of Latitude for regular updates on the Treaty on Plant Genetic Resources for Food and Agriculture.