Home Comments and Journalism Before It Kills, War Whispers 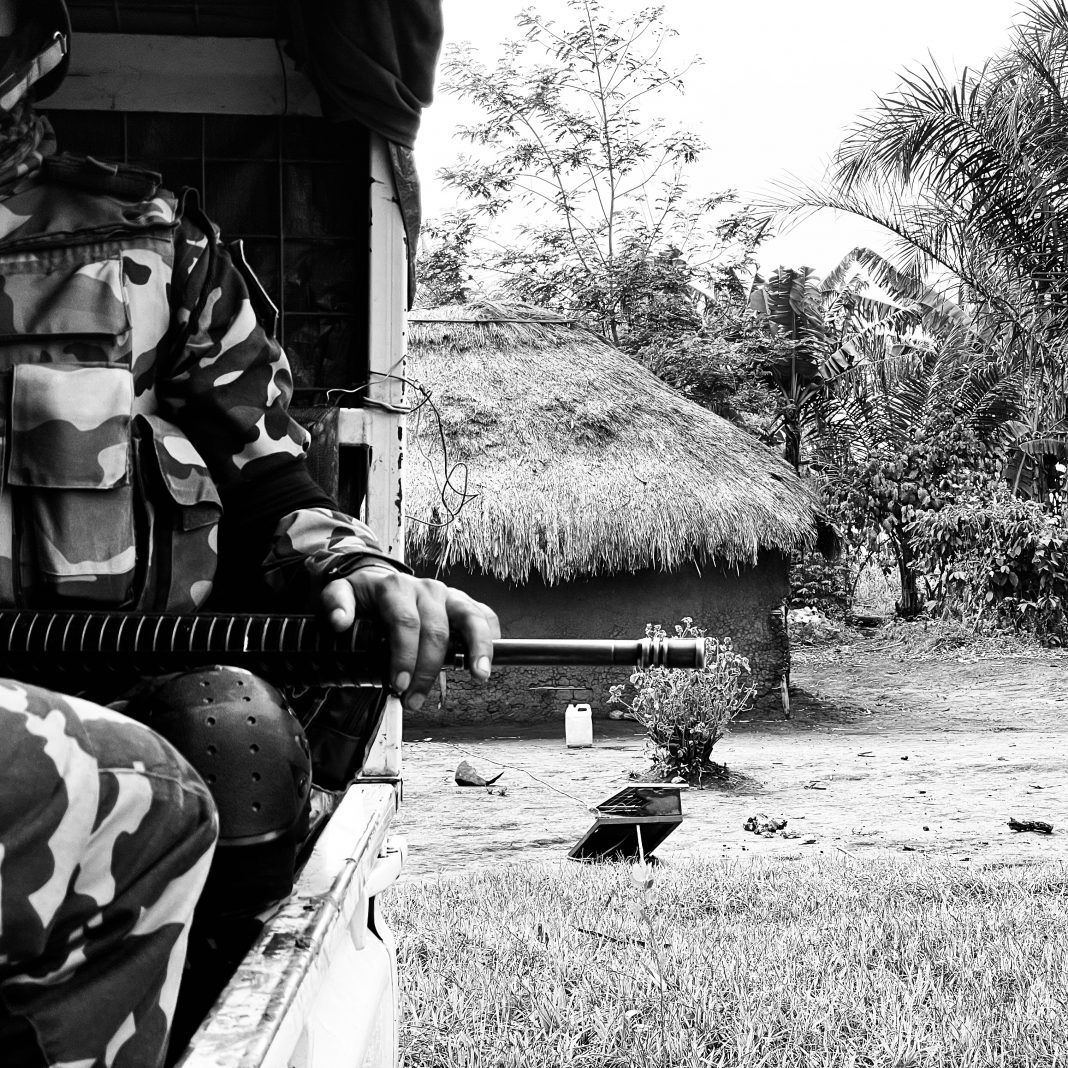 A small yellow puppet hangs from the butt of a gun. The eyes and shorts of the figure that children love are just traces of faded black.
“It’s a detail, but it tells what the war is.”
The sunlight of spring is a promise. It saturates the joyful space of the restaurant where I am sharing lunch with friends on an April day. Rome is blindingly beautiful.
I am displaying a photograph taken by a colleague reporting from the field while we are tasting glasses of wine and calmly discussing how the world can be revealed through an image.
The small yellow puppet is the gift of a son to a soldier father. The father has brought it with him to the frontline, a remembrance of playtime and maybe hugs.
“Where was that photo taken?” asks a young woman sitting at the table.
“Donetsk.”
“Where is Donetsk?”
“It is a city close to the border with Russia. Self-proclaimed republic of Donetsk or Ukraine. There is a war there,” I answer.
“Is there a war in Europe?” she says, astonished.
It is 2019 and no one at the table is aware that the country no more than a day’s drive from us has been fighting for five years. They do not know it, or they have forgotten it, because very few journalists are still covering the crisis after its eruption in 2014.
They don’t remember this conflict not because they ignore the news, but because it seems to play a marginal role in our daily lives.

“On the frontline of Europe’s forgotten war in Ukraine,” read a 2017 headline in The Guardian.
“Ukraine: the forgotten war,” Al Jazeera warned in 2019.
“While Russia masses troops and the West warns against escalation, in Ukraine the fighting grinds on as it has for years,” Politico reminded us in December of last year.

According to the humanitarian organization Care, which publishes an annual ranking of the most underreported humanitarian crises, in 2021 Ukraine was second among the ten most neglected. Last year, about 3.5 million people were already in need of humanitarian assistance; 68 percent of them were women and children.
Out of 1.8 million online articles analyzed, only 801 worldwide were devoted to that crisis.
Today, the mortar rounds have awakened Rome. Afraid, we wonder how far those almost 1,700 kilometers that separate Trieste, the last strip of Italy, from Kiev really are. The Ukrainians flee, terrified. Their pain upsets us. We feel close to them, we empathize.

Is it their pain or our fear that moves us?

We ask ourselves how this conflict will impact us here, in the middle of the Mediterranean; if Russian money will no longer be fueling our economy; if the sanctions will be a boomerang; if and how much the cost of our food will increase; if heating our homes will become a privilege. We hear the roar, we hear the violent noise of war, but we didn’t listen to the Ukrainian war whispering on our doorstep. Nor do we hear the whispering of conflicts in other parts of the planet, which should frighten us as well.

“Where are you? Are you OK?” Messages swooped like avalanches while I was at the Italian Embassy in Kinshasa. They wanted to know if the news were true.
“I’m fine, I’m on the other side of the country, far from the war.”
A war that whispered the one being fought in the East of the Democratic Republic of the Congo. It roared when a diplomat, Luca Attanasio, was killed. Then it quickly returned to oblivion.
I was there when the World Food Program’s convoy was attacked on the road leading from Goma, the capital of North Kivu, to Uganda. I had traveled along National Route 2 just two days before the assault. I slept where people have died at night, slaughtered, shot, for decades. I went there to report from a place where lives are swallowed by silence, while, also in silence, an ocean of gold, minerals, and cocoa invades global markets.

We discovered the Congo war when it struck Europe through the flesh of that young ambassador and of the men who were with him. However, we still do not understand that this conflict in the heart of Africa whispers at our doors every day, too.

When I left Rome for DRC, no one thought I was going to write about war.

War announces itself. It stems from a seed that slowly germinates. It is the seed of a weed that suffocates every flower and becomes hard as a bramble. 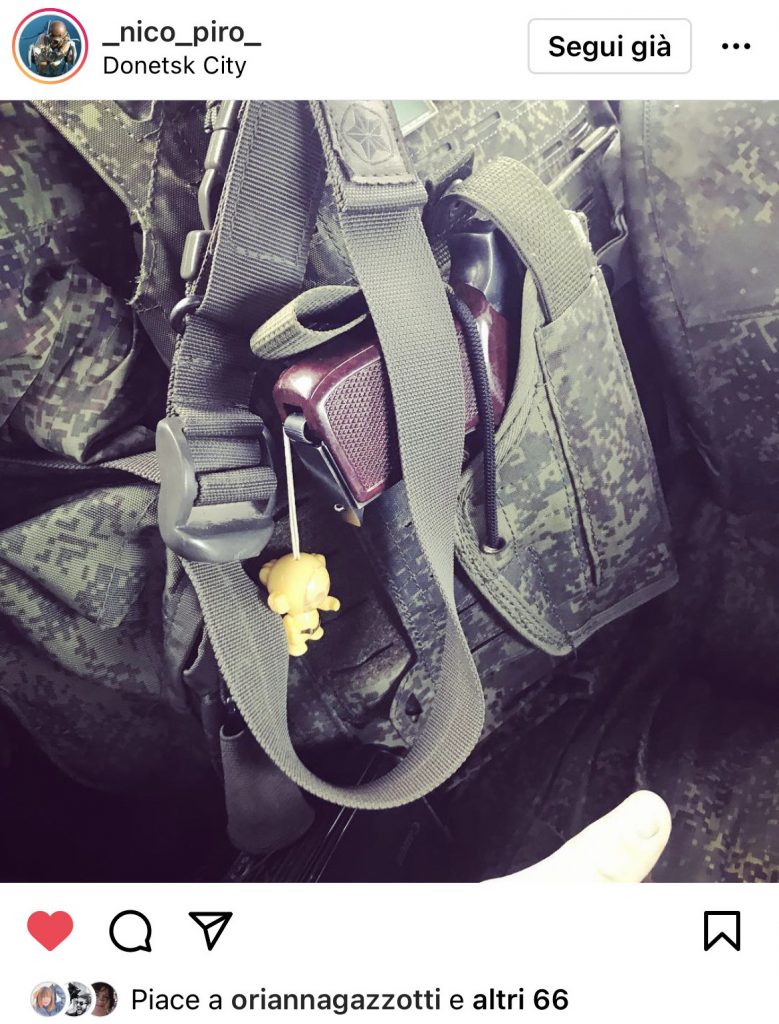 In 2019, while a father measured the space of his life in a trench just one day’s journey from us, I was travelling to Ethiopia for the last time. Ethiopia was still the country of the African miracle, a story of hope led by a young prime minister, Aby Ahmed, who was freeing political prisoners and making peace with Eritrea. That peace earned him a Nobel Prize.

No one noticed the checkpoints along the road connecting the airport to the city of Macalle. No one was aware that controls had tightened like never before. The war was whispering, the seeds were sprouting, the arrests were starting, the tensions between the ethnic communities were growing, but Europe was distracted – a Europe that does not feel the pain of millions of besieged people, sealed off for over a year in the Tigray plateau where not even humanitarian aid arrives. “Since 12 July, only 8 per cent of the 16,000 trucks with the needed humanitarian supplies entered Tigray,” stated the latest UNHOCA report.

Ethiopia is in the heart of the strategic Horn of Africa overlooking the Gulf of Aden, the cradle of Islamist fundamentalism, the land of arms trafficking and commercial penetration by more or less large powers. The region of the Great Lakes where Luca Attanasio died is strategic, too. As it is Kabul, which fell into the hands of the Taliban after twenty years of war: if we had listened to the few journalists who had visited that country in recent years, we would have predicted what happened.

Are Africa and Ukraine really that far apart? Does the Sahel, with its wars and coups, have anything to do with the conflict in Europe, with the roar of Kyiv? Where are the stress points between countries?

The alphabet of war goes from Afghanistan to Zimbabwe and is filled with a pain that does not affect us until it becomes fear. What happened before Russia invaded Ukraine? What was living in that disputed piece of Europe?
We do not know anything about those women, men, and children who flee. We do not know if and how our frightened country has contributed to making the lives of the Ukrainian people so desperate. We do not know anything about them, like the Ethiopians or the Afghans.
Yet we know everything about working from home. In 2021, there were 1,636,992 online articles about smart-working, 239,422 pieces on Jeff Bezos and Elon Musk’s space travels, and 362,522 on Harry and Meghan’s interview with Oprah Winfrey.

What is not reported does not exist, and if it does not exist, nothing can be done to change it. Ukraine has not existed until today. There is no Ethiopia, just as there are no Congo, Afghanistan, Yemen, Somalia, and Burundi.

We all bear the brunt of wars, however distant they seem. Fear, too, is the same, in the African night as in the dawn of Europe. A daily and uninterrupted fear.

We have the duty of reporting before a conflict erupts, of eradicating the seeds of war and planting those of peace, of keeping the spotlight on them. But the pain of the world hardly makes the headlines until it’s too late.