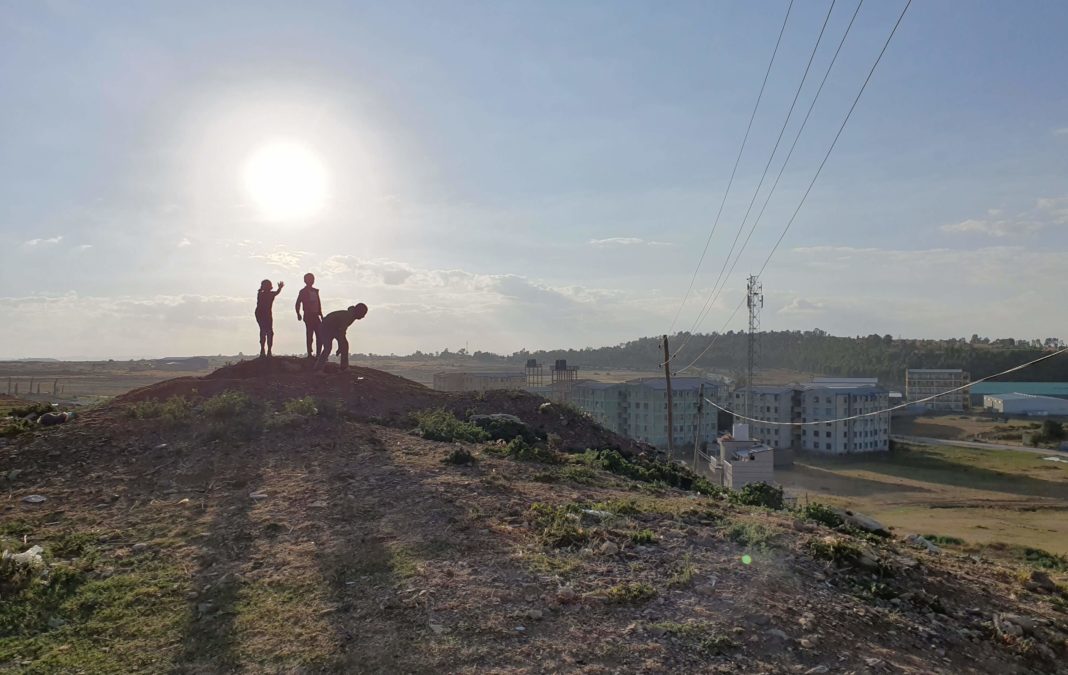 As comfortable as a home can be, it is always a cramped space when we are forced to spend days, weeks in it. The risk is that even our vision will become narrow, closed in our four walls and sealed by fear.

There is need more than ever now for us all to look far and put the events we are experiencing in the right perspective. We need more international information, not less.

I planned to go online telling about the Democratic Republic of the Congo, where a fierce and forgotten war is raging and the countdown to declare the end of Ebola outbreak is ongoing. I launched a crowdfunding and I was supposed to leave on March 22nd. The flight to Kinshasa has been canceled, but the reportage has not: I will leave as soon as possible and with a greater commitment.

About Congo, and much more, however, I will try to tell you from here, from Rome, from a room overlooking a courtyard with tall Magnolia trees. I am online with an in-the-making website because it had to be ready in a couple of months, and with few resources because this emergency put on hold the expected funds.

But if coronavirus is teaching us anything is how much interconnected we are, not just because viruses and bacteria do not care about boundaries, but because our health and our economic well-being depend concretely on what happens in other countries, on the resilience of their economies, on the strength of their health systems, on the living conditions of their people.

That’s the reason why Degrees of Latitude was born, despite moments of difficulty, a long stasis and new ideas. To make a small contribution to the understanding of what connects us and of the why we cannot afford there are still forgotten crises. Especially now that borders shut down and we remain confined counting our deaths.

In my career as a journalist I covered for a long time the development and implementation of policies and interventions supposed to address the problems that dog the most vulnerable world or the most fragile part of our societies. I have often traveled to countries caught in the grip of misery, diseases, violence, where there is still who dies alone along the streets.

I don’t know how it happened that we convinced ourselves infectious diseases have been defeated, perhaps because they more often affect countries where the death toll is almost a daily calculation exercise. That’s the case of tuberculosis, which kills around 4,000 people a day.

Covid-19 nails us to the truth: epidemics are part of humanity’s life. We have never been able to prevent the birth of a pathogen, in spite of the proliferation of new conspiracy theories. However, we can tackle their development and spread. Instead, we always had the opportunity not to kill each other and to fight poverty and inequalities.

But what’s the link between poverty, inequality, war and the pandemic in progress, the deaths in Bergamo or Madrid, the jobs we are going to lose, the impoverishment towards which many of us risk slipping in?

We are asked to prevent Covid-19 diffusion by washing our hands when 3 billion people cannot do it, they simply don’t have clean running water; or when there are those who live in crowded  slums, refugee camps, prisons sleeping, eating and urinating in the same square meter; or again, when the fight continue in the forests of Central Africa, in the Afghan mountains, in Libya, in Yemen and in the over 300 conflicts that blood the earth.

The lack of strong health systems capable of handling an emergency of this type in an exhausted continent such as Africa, for example, can potentially make the attempt to contain the virus in Europe more complex. “High income countries are completely consumed with what is happening in their own states, but it would be good if they could give at least some focus to poorer countries” Amanda Glassman, executive vice president of the Global Center for Development, told IPS. ““If things are not brought under control in less developed countries, it could come back to hurt developed countries later on,” she added.

“The global spread of a new pathogen has exposed the fragility of modern life,” writes John Feffer, director of Foreign Policy in Focus.

“By serving as a reminder of how the health of humanity has been mutually dependent across borders for millennia, the latest outbreak could prompt a rethinking of how the world works together“, he added.

It can surely prompt a rethinking of how we look at the world recognising that health is a global issue, the effects of a war are felt very far away, poverty in one country generates poverty elsewhere.