Home Food and Agriculture Land concentration in Europe. What we know 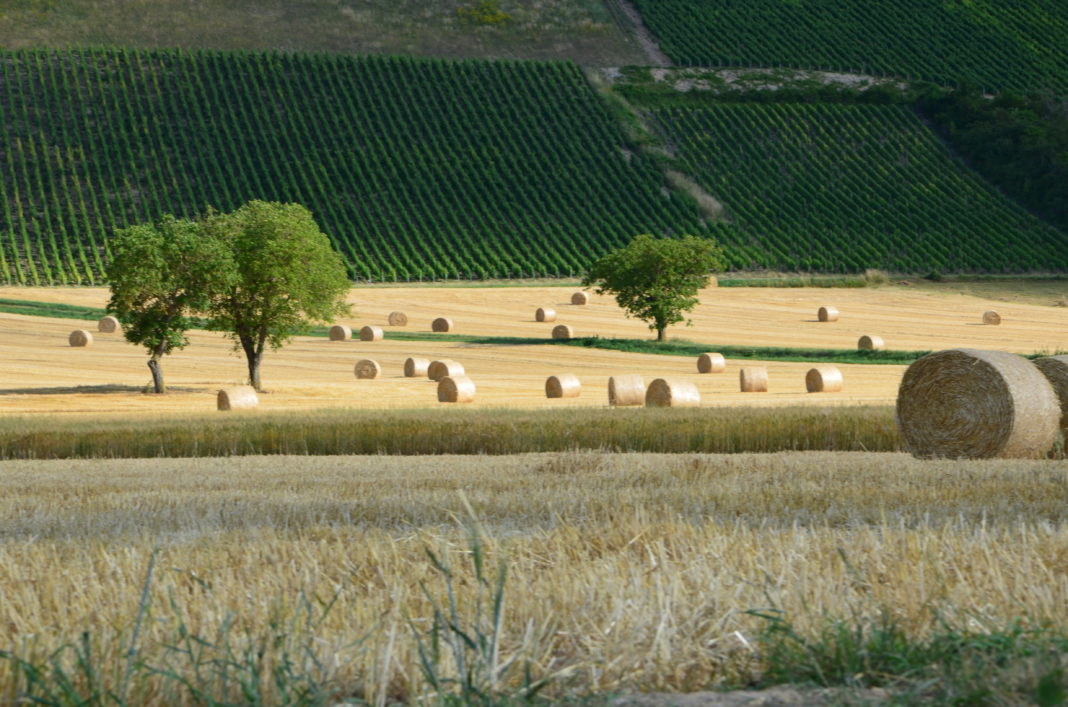 ‘The extent of land concentration and the speed of its progress are alarming’, according to a report approved by the European Parliament in April. 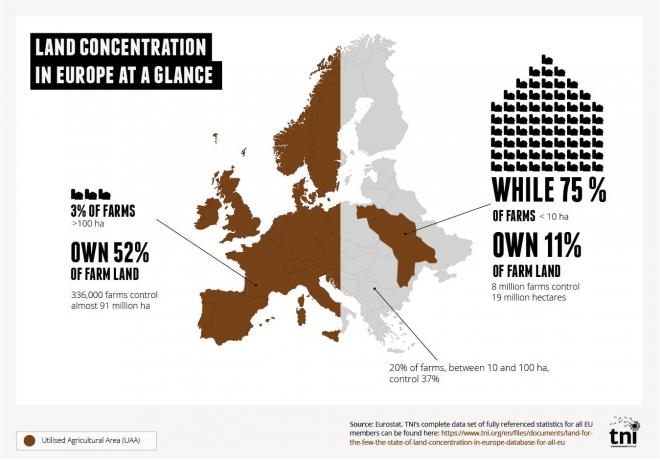 An unequal distribution of land – in Europe similar to countries like Brazil, Colombia and the Philippines – has far-reaching effects on food security, environment and society and it runs counter to ‘the European sustainable, multifunctional agricultural model, in which family farms are an important feature’, the report states. 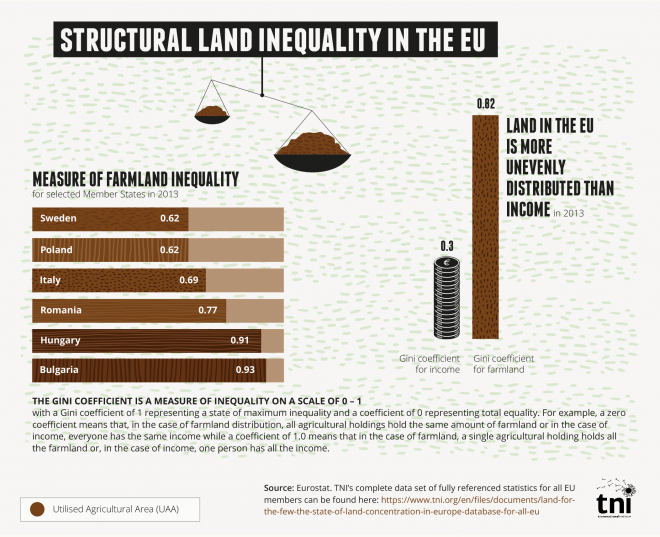 ‘Land concentration means rural exodus, a decline of farms and farmers in number and of an agricultural management of the territories; it means the increase of specialisation and industrialisation of agriculture … More the farm grows, more it needs to specialised itself’, Antonio Onorati, from Associazione Rurale Italiana (ARI) told Degrees of Latitude. ‘That is less availability of quality, diversified, seasonal and local food. It’s a capital-intensive agriculture and not labour-intensive … It’s an unsustainable model that requires public interventions to survive economically’, he said. 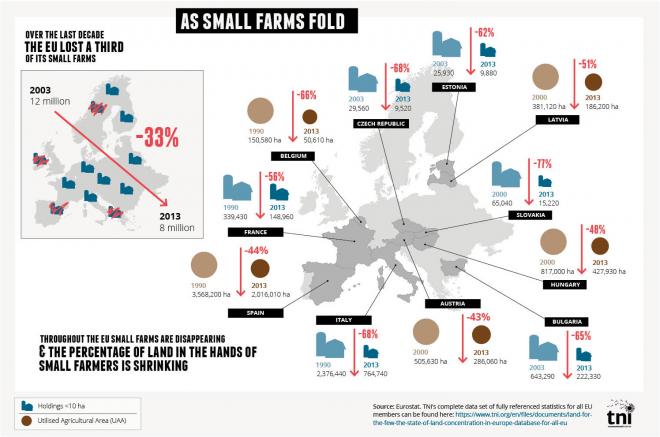 Sustainable agriculture requires different land distribution, Onorati stressed. Small farmers need access to land. Small, medium and family farms are critical for the EU economy and for the development of rural areas: ‘Owner-led businesses farm their land often over generations. They live where they work. They pay their taxes there. Upstream and downstream businesses are created in the rural area. Consequently, we talk about living, working, doing business and society in rural areas. Capital investors cannot compensate that’, Maria Noichl, EP rapporteur, told Degrees of Latitude.

Regardless the magnitude of the problem, however, ‘we do not know enough’, Noichl said.

‘There is a general shortage of comprehensive, transparent, up-to-date, high-value data standardised at European level on price and volume movements on the European land market’, according to the Parliament that called the European Commission for the establishment of an observatory service and a high-level task force to unveil the dynamics of land concentration in Europe.

‘[We] need to investigate the proprietary links. Land concentration can be hidden behind the ownership of different businesses … behind a pyramid structure or contracts of use’, Onorati said. According to Noichl, one of the issues faced during the process that led to the approval of the report was ‘there is one group of parliamentarians who do not want the real landowners to be known to the public’.

In the European land market two actors play a major role: Agricultural corporations and non-agricultural buyers, mainly based in the EU, but also from extra-EU countries, including China. ‘The big agricultural holdings buying land with the goal to increase the industrialised agriculture …. [and] non-agricultural buyers who want the land for their company portfolio or to invest in real assets. Those areas are not necessarily lost for agriculture as they can be rented from local farmers. The problem is that prices for purchase or rent are largely decoupled from the really possible profits by agricultural production. This is a very unhealthy development’, Noichl explained. 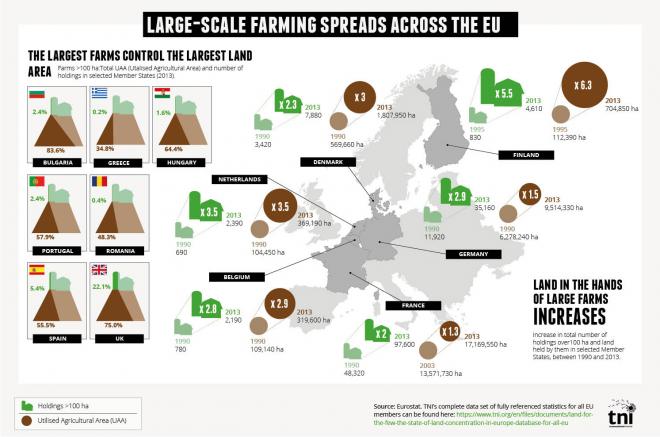 The lack of data and information impact the EU Member States in different ways: ‘In Germany, for example, even if every land parcel is measured, we do not have enough transparency when it comes to the owner. Sales between farmers are registered and taxed in Germany, but if you make only so-called share deals, you do not pay taxes, and it is not transparent’, she said. An easy solution suggested by Noichl, a member of the Group of the Progressive Alliance of Socialists and Democrats in the European Parliament, could be the disbursement of direct payments to farmers only if they name every single owner from whom they rent the land. ‘A farmer knows certainly to whom he or she is paying the rent’.

Pressure from non-agricultural uses such as energy and biomass, as well as financial speculation, are among the determinants of land concentration. ‘It plays a very big role. If farming the land only represents a mere fraction and the increase in the value of the land itself is the real gain of investors, it is clear that it is an unhealthy and unsustainable system. Often land speculations are also hidden behind so-called “green investments”’, she noted. However, according to Onorati, the question of financial speculation on land is still ‘less investigated’.